Seven a.m. (7:00 a.m.) is early.  But I'll tell you something. When you get up and around to be at a meeting at that time, you know it's important and you want to be there. This is when the Mayor's Youth Council meets at Indianola High School.

That's what I can say about the three of us running for Mayor in the special election on March 2, 2021, and about Becky Lane who sponsors the Council. I can say it, too, about the twenty high school students who attended, right on time at 7:00.

They opened with the Pledge of Allegiance. I'm impressed. The candidates for Mayor were then given three minutes to introduce ourselves and explain why we want to be Mayor of Indianola. After our introductions, the students were given the opportunity to ask questions.

My main point, and this applies to anyone of any age, is that people have to be involved. People with ideas need to surround themselves with "help." I made the point that my list of everything I've done (which just touched the surface) sounds like bragging - but weren't just done alone. Everything took help by various numbers of people.

If we don't get involved with the start of each process, we have no business complaining when the decision/s don't go our way. There's no "I told you so" allowed if you haven't opened your mouth.

Example, which I didn't tell this morning, is that due to a pretty awful car wreck where the drunk driver who hit us was killed, I got involved with Mothers Against Drunk Driving (MADD). Because of our experience and because of getting involved with MADD, I spoke at the Capitol before the Iowa Legislature to help convince them to lower the acceptable Blood Alcohol Level (BAL) for drivers. Which they did.

Not much can be done successfully, well or lasting without many people working together. I have been on many Boards and Committees where solutions have been found through studying the issues and making plans. But when other people find out the outcomes, many times they complain and question it all. ~Squeaky wheels.~ If they had been involved from the beginning, there wouldn't be as much arguing or push-back.

Like a well-oiled machine or a winning team, people need to get involved and work together. That is what I think the students on the Mayor's Youth Council will do. They are already beginning their involvement. I'm proud of them.

The comments to this entry are closed. 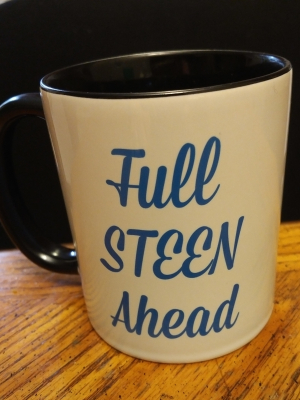